If you are interested in the work "Ollie" please fill out the form below.

Thank you! Your message has been sent.
Login
"Ollie" 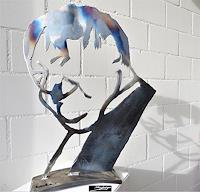